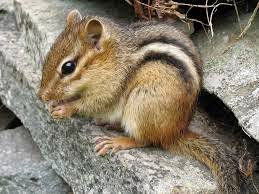 "And he did rescue us from mortal danger, and he will rescue us again. We have placed our confidence in him, and he will continue to rescue us." 2 Corinthians 1:10

The morning was so peaceful.  I was enjoying the beautiful view from my window, sipping my coffee, reading devotions and email.  Suddenly, there was a ruckus outside. As I stepped onto the porch, I could tell the commotion was coming from the downspout.   Obviously, some small creature had slipped into the downspout from the gutter on the roof above, and was trapped inside.  In order to prevent the downspout water from gushing into the flower bed below it, my husband had attached a small elbow, which causes the water to flow underneath the rocks and into a drain.  For our critter-friend, that meant no way out but up the pipe, and the inside is too slippery for climbing.  So the frantic sound I heard was the panic of the creature who discovered there was no way out. That panic stirred compassion in me, I had to do something.

Now, those who know me know that I am not handy in the least.  I can tell a phillips screwdriver from a flathead, and that’s the sum total of my fix-it knowledge.  So how am I going to get this whatever-it-is out of my downspout?  I called Gene, who cheered me on, but offered no help.  Thanks honey.  I put on long sleeves and gloves, just in case whatever was stuck in there was grumpy or rabid, gathered some screwdrivers (both phillips and flathead) and headed for the porch.  After a few minutes of removing screws, I was able to push the sections apart just enough to see a fuzzy brown head.  It took just a minute longer to separate them wide enough to see the captive inside.  There, looking up at me with shiny black eyes, was a very small chipmunk.  It took him a second to realize he was free, then off he went into the forest.  I was so thrilled.  I rescued the little guy!


I thought as I went back inside how Jesus rescued me.  When I was without hope and without God, He drew me to Himself.  As Pastor Ed shared the gospel on that winter Sunday morning in 1989, I heard Him call, and I wanted Him to rescue me.  Setting the little captive free this morning was a small kindness that made a life and death difference to that creature.  How much more should we have compassion on the thousands of people in our cities who have no way out unless we share Jesus, the Rescuer, with them?  Do you know someone who needs the rescue only God can give?  You can do something! Invite them to go to church with you this weekend.  Share your story.  Help them find their way.

Prayer for Today:  Father, thank you for rescuing me from sin, for giving me new life and freedom in Christ.  Open my eyes to the needs of those around me.  Grant me boldness, that I may lead them to You.  In Jesus name, Amen. 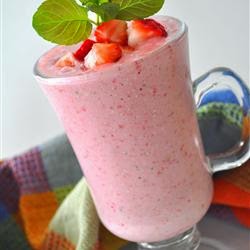 This is quick, easy, filling and yummy! Perfect breakfast for hectic mornings, and kids love it. Thanks, allrecipes.com!

Combine ingredients in the blender and pulse/blend until smooth. Serve immediately.  Experiment with the recipe! I like to add whatever I have on hand: some blueberries, a few peach slices, a small amount of fruit juice instead of sugar...always a treat! Enjoy :o) 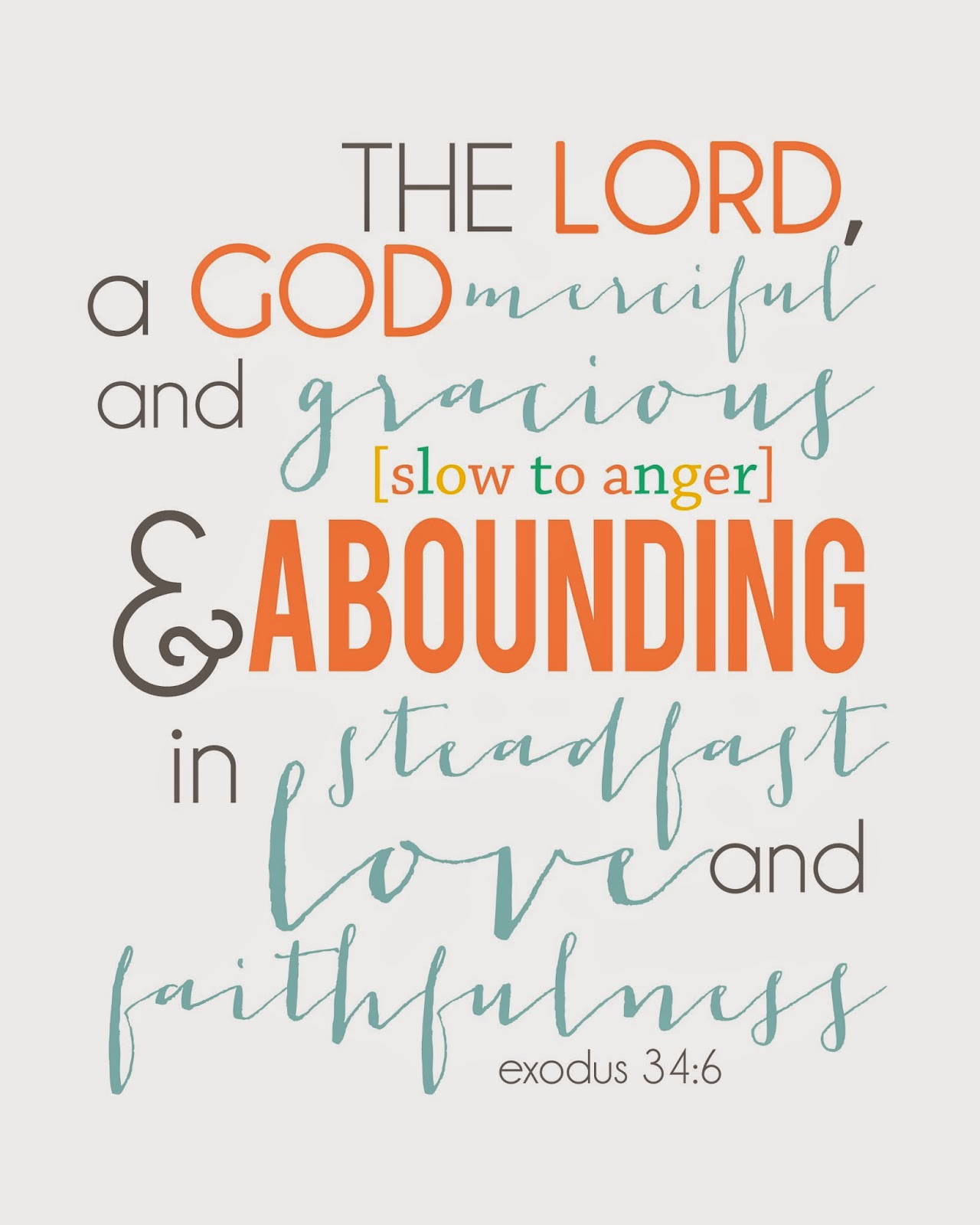 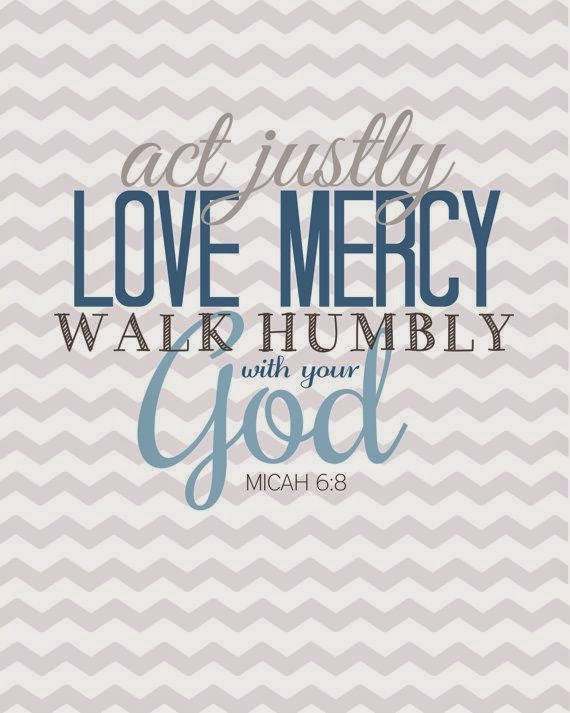 Posted by Leslie at 9:00 AM No comments: 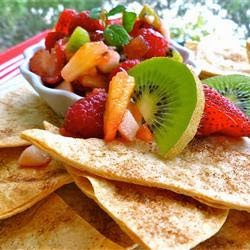 Trust me, when you bring this stuff to a party or shower, you won't bring home any leftovers.  Oh so fresh, fruity and pretty too! Super easy and quick to make.  Thanks to allrecipes.com for this gem!


Directions (15 mins prep, 10 mins baking, ready in 45 mins)
In a large bowl, thoroughly mix kiwis, apples, raspberries, strawberries, pineapple, sugars and fruit preserves. Cover and chill in the refrigerator at least 15 minutes. Preheat oven to 350 degrees F (175 degrees. Coat one side of each flour tortilla with butter flavored cooking spray. Cut into wedges and arrange in a single layer on a large baking sheet. Sprinkle wedges with desired amount of cinnamon sugar. Spray again with cooking spray. Bake in the preheated oven 8 to 10 minutes. Don't over-brown. Repeat with any remaining tortilla wedges. Allow to cool approximately 15 minutes on a wire rack. Serve with chilled fruit mixture.

Posted by Leslie at 7:00 AM No comments:

Different is good in all kinds of ways. My husband and I are SO different, even after 34 years together.  For instance, I came downstairs this morning at 6:15, turned on the lights, fed the critters, made coffee,  tidied the kitchen, started breakfast, opened the blinds, and Febreezed everything that didn't move. I may or may not have been humming the whole time.  I'm a lot like this in the morning: 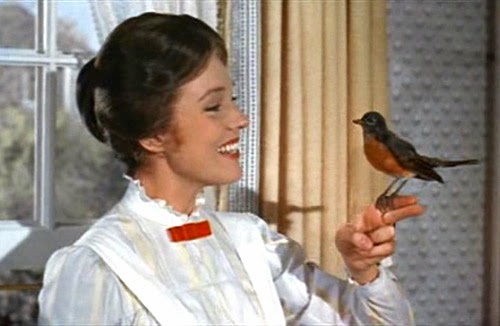 Meanwhile, Gene ambled into the kitchen about 6:45, got a Diet Coke from the fridge, and shuffled back upstairs for a bath...in complete silence.  He's a lot like this in the morning: 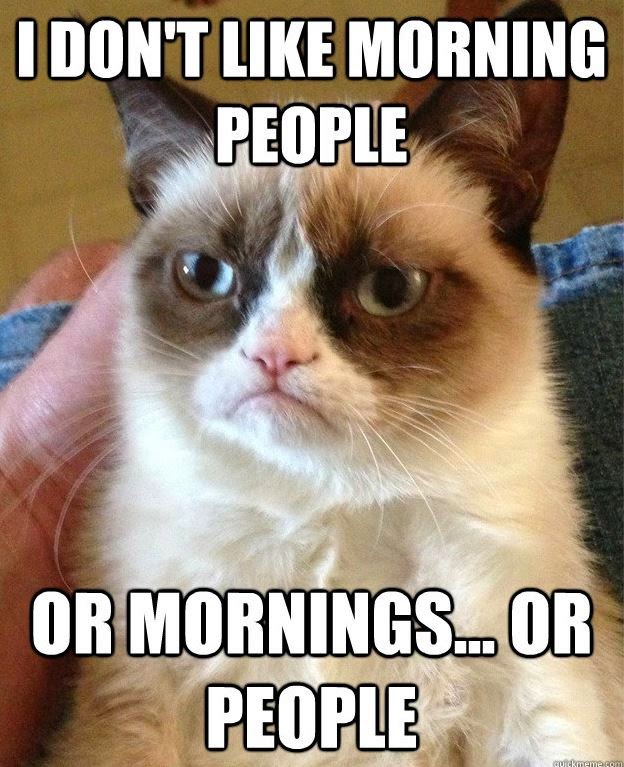 Growing up, his family bought theatre tickets, mine bought National Park passes.  His family took student groups to England, mine took the Plymouth to Salt Lake City. He says 'sushi', I say 'cat food'. Let's call the whole thing off!

Fortunately, we don't have to be alike to have a thriving relationship. Recently at church, we looked at Ephesians 4:16.

"He makes the whole body fit together perfectly. As each part does its own special work, it helps the other parts grow, so that the whole body is healthy and growing and full of love."
(emphasis mine)

I'm so thankful there are artists and musicians, visionaries and detail people, neat freaks and mess makers, leaders and followers, out-front people, and behind the scenes people in my family and in my church! Isn't it awesome that God equipped us to fit in families and churches, and made us to need each other to grow? Many people search for a mate, or friends, or a church full of people just like them, when what's most beneficial to us is exactly the opposite. I can't grow or be healthy like I'm supposed to without you.

What would it look like if we celebrated our differences with our mate, our kids, our church instead of bemoaning them? What if we stopped trying to mold others into our image? Ephesians 4:16 says our relationships, families, even His body the Church, would be healthy, growing and full of love. Different is very, very good!

Prayer for Today: Father, You've made us fit together, each using their own gifts and talents to help others grow.  Help me to embrace the differences in my spouse, kids, family, and church so those relationships will be healthy, growing and full of love.  Amen. 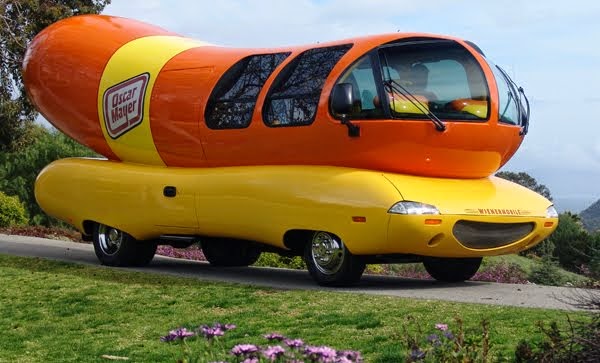 
My husband loves to barbecue. Not like the guy in those Home Depot ads, flipping burgers on a Weber kettle. Nooo, not my guy. He built a smokehouse of cinder blocks and expanded metal in our backyard. He has piles and piles of special woods and charcoal and all kinds of odd looking implements used in the preparation of smoked meats. He has a chair next to his smokehouse you would normally see on the sidelines of a Little League game - you know the one, with the backrest and the cup holder? He spends hours in that chair tending the fire, gently bringing the meat to smoked perfection.

Our family has experienced a good deal of tragedy this year with the death of a 24-year old son on Father's Day, and a parent diagnosed with Alzheimer's disease slowly losing her grip on everything.  Smoking meat seems to relax and comfort him, so we eat a LOT of barbecue lately. Now, having spent nearly all of his childhood summers in West Texas, to him BBQ = BEEF.  Here in the South, BBQ comes from pigs, which he cannot begin to understand. I refer you to my earlier comment about the particular part of the country he hails from.

For the fourth time in a fortnight, there was smoke pouring from the ..er.. primitive contraption. A few weeks earlier, we had the great Pork Sacrifice of '14, whereby 8 Boston Butts were torched by a consuming fire ignited by pork fat dripping onto the coals beneath. Pork has a considerably higher fat content than the beef briskets he loves to smoke. However, he made no adjustment to his method to allow for the extra fuel...hence the Great Blaze. With the help of our friend Judy, a veteran of such mishaps and the smartest person I know, they salvaged about 20% of the meat, which we subsequently slathered with sauce and served on buns at the church BBQ.

Determined to master this Southern brand of 'barbecue', more butts were purchased, the fire was relocated so as not to be directly beneath the pork, a drip pan was added, and he sat in his chair, brooding over the meat.  But alas, the butts 'stalled' (who knew that could happen?!), and he was forced to bring them inside and finish them in my oven. In my oven! Soon, an odor reminiscent of preschoolers past filled the house. "AACCCKKK!", I believe I said.  "IT SMELLS LIKE YOU'RE COOKING A THOUSAND HOT DOGS IN HERE!" Undeterred by my ranting, he proceeded to cook the meat for two hours. Who knew you could smell hot dogs for two hours and live? Fortunately, the tale ends well with delicious, if inferior, pork barbecue enjoyed by all the guests.

My point in telling you the this story is this: whatever is fun and relaxing to your guy, support him! Watch college football, go geocaching, go to car shows. Maybe it will wind up being something you both love.  But even if it's not your favorite, go.  Because he's your favorite. And if what your guy loves is cooking pork butts in your oven, God help you, Sister.  I'll be prayin' for you.

Prayer for Today: Father, help me look for ways to support my husband, to spend time with him.  Help me to honor his wants above my own.  In Your Name, Amen.

Leslie
Texas, United States
Born and raised in beautiful Colorado, at home in the South for 18 years. Beginning our empty nest adventure in Texas. Married 35 years to Gene, my high school sweetheart. We have four grown kids: Max (Shannon), Samuel, Caitlin (Cameron), and John, and one son in Heaven (Jammer). I blog to remind us all that God's not finished with us yet, and to share my favorite chick food recipes with y'all.

What's on my nightstand....

Light for your journey...